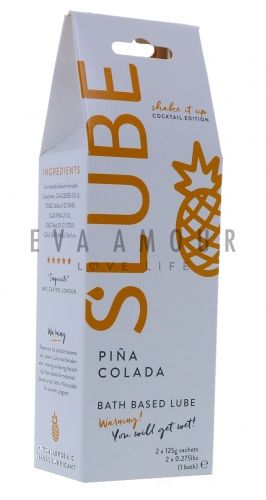 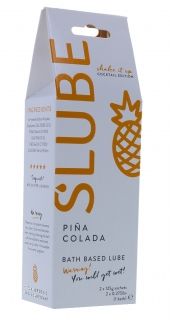 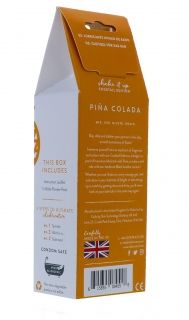 Slube - The cleanest way to get dirty!

Slip, slide and slather your partner in the silky smooth sensations of Slube! Immerse yourself into an explosion of fragrance and colour with the Cocktail Editions, indulge in a pool of luxurious lubricant with Pure, or take a wild ride with the hardcore Black Leather version!

Whether you use Slube as a sexy massage gel, chill and relax in your bathtub of delight or take things up a notch by getting down and dirty, you'll never look at your bathtub in the same way again!


Slube is a lubricant which comes in the form of crystals. When added to warm water, the crystals break down, forming an incredibly smooth and sensual lubricant.

You can use Slube for everything from a relaxing bathtub experience to sexy massages and even as a sexual lubricant!

Slube coats the skin completely, reducing the need for reapplication and reduces friction between you and your partner. Because of this, it leaves the skin feeling soft and refreshed.

Slube also holds on to the heat in the water. We have known it to stay warm for up to 2 and a half hours! Plenty of time to play, and no need to keep topping up with warm water.

Using Slube in the bathtub
Using Slube is easy! Fill up your bathtub, as per the included instructions, sprinkle the Slube crystals over the water and watch as the Slubey sensations begin to form right in front of your eyes!
Once you're done, simply add more water to dilute it and then pull the plug. Then, as your Slube disappears down the drain, wave a tearful goodbye... until next time of course!

Using Slube in other ways
You can use Slube as a sexual lubricant too! We suggest adding a few spoonfuls to warm water in a plastic water bottle. Then, just shake the bottle and within minutes, your coloured and scented lubricant is ready to use!

You can also mix it up in a bowl, for example if you are using it for massage. Again, just a few spoonfuls to warm water should be enough.

Why not use it in a playpool and have a sexy naked wrestling match? Mix it up in a bucket and pour it in!

Want a thicker consistency? Just add more Slube! Need it to be thinner? Add more water! It's great to experiment with Slube, and get it exactly how you want it.

Slube Single Packs include 2 x 125g sachets and an instruction leaflet. This is enough for one whole bathtub, or several other smaller mixes, depending on how you use Slube.